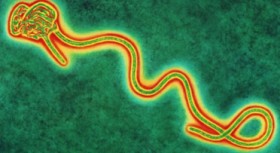 Mariane Ferme, a professor in UC Berkeley’s anthropology department, has spent years studying customs and practices in Sierra Leone.  Her work did not touch on medical issues until the current outbreak of Ebola Virus Disease in Upper West Africa, the largest ever recorded. She realized that because spread of the infection has been almost exclusively through human-to-human contact, social factors were clearly important to understand the epidemic and ways in which it might be stopped.  As an anthropologist with experience in the region, she and her colleagues were uniquely equipped to bring their insights and analysis to a topic that thus far had been little analyzed. In a recent publication, Dr. Ferme and colleagues  focused on Sierra Leone, and provided cross sectional data on the least understood part of the epidemic—the largely undocumented spread of Ebola in rural areas. Various forms of social networking in rural communities and their relevance for understanding pathways of transmission were described, including the relationship between marriage, funerals and land tenure. As has been widely reported, funerals are known to be a high-risk factor for infection. Dr. Ferme and colleagues suggest that more than a shift in awareness of risks will be needed to change local patterns of behavior, especially in regard to funerals, since these are central to the consolidation of community ties. A concluding discussion relates the information presented to plans for halting the disease. Local consultation and access are seen as major challenges to be addressed.